Shaina Foreman and Mikey Hammond pieced together a lever from Legos, then set about figuring out whether it would help move a heavy load better than if they used an incline plane.

The Cypress Elementary School fourth-graders studied simple machines, a building block for engineering, as part of a bigger lesson on force and motion. And they loved it.

“If you just read it in a book, I’d probably fall asleep,” said Mikey, 9. “Doing it as an activity, you actually learn it.”

Cypress and Moon Lake elementary schools each launched new science, technology, engineering and math labs this year, benefiting from grants provided by Duke Energy and the Pasco Education Foundation. Every student, from kindergarten through fifth grade, participates in weekly hands-on experiments, much like they take music, art and physical education classes.

District officials borrowed the idea from Freedom Elementary in Manatee County, pursued the money to make it happen, and gave it to the two local schools as an added boost.

“They see the applications,” School Board member Alison Crumbley, who helped coordinate the funding, said of the children. “This is why you’re here. … The most important thing to me is, creativity comes out in kids.”

Both STEM labs use a five-step process to approach problems, beginning with asking questions and ending with seeking improvements. But the labs did not come with a curriculum.

Teachers at the two schools had to determine the academic programs on their own.

The children recently had to create their own paintbrushes that applied paint in three separate styles, using available classroom materials.

“It’s helping the students become independent and drive their own learning,” Snyder said. “I really am the facilitator.”

Moon Lake lab teacher Theresa Joy Wilhelm set up her own program. Her principal, Elise Landahl, told her that students should not be able to find the answers to anything using the Internet, so they have to discover.

And while Wilhelm embeds state standards into her lessons, she aims to avoid any duplication with classroom coursework.

“The biggest thing is to have them question,” she said of her students. “They have to figure out how it works for themselves. It can’t be told. That’s how they take it home.”

The students in both schools experiment and keep detailed notes. They see what one group does, and discuss whether it’s a better solution than the one they developed.

Wilhelm recently had third-graders working with pulleys and wheel-axle systems to determine the best way to move a Play-Doh can. Partners Jackson Diaz and Kaydence Brittain, both 8, won their classmates’ attention for their decision to use the wheels to move their payload and a pulley to help propel it forward.

“That is awesome,” one child shouted, as others offered high fives and Wilhelm praised them for devising their unique solution to the problem.

Moon Lake students like their STEM lab so much that they dedicated the lead story of their school paper’s first issue to it, with the headline “New lab is STEMtastic.”

“This is the best special,” third-grader Katelynne Coleman said. “This is our favorite because you can learn all kinds of experiments.”

“Every one of our elementary schools should have this,” Crumbley said. “Absolutely, without a doubt.” 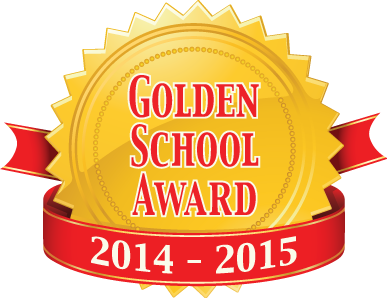